Doors of Mercy I Have Passed Through: Six Vignettes

The Church of Mercy by Pope Francis
​Two Bookclub Options: Local and Online

Symbolically calling on the entire global Roman Catholic church to take up his papacy's central message of compassion and pardon, Pope Francis announced, in March, 2015, a jubilee year to be called the Holy Year of Mercy: 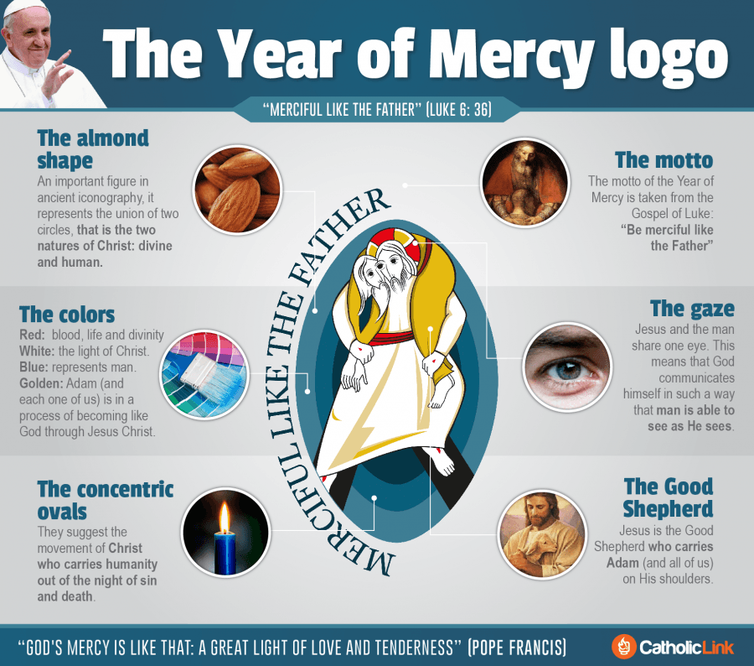 
Misericordes sicut Pater!
Misericordes sicut Pater!
1. Jesus Christ is the face of the Father’s mercy. These words might well sum up the mystery of the Christian faith. Mercy has become living and visible in Jesus of Nazareth, reaching its culmination in him. The Father, “rich in mercy” (Eph 2:4), after having revealed his name to Moses as “a God merciful and gracious, slow to anger, and abounding in steadfast love and faithfulness” (Ex34:6), has never ceased to show, in various ways throughout history, his divine nature. In the “fullness of time” (Gal 4:4), when everything had been arranged according to his plan of salvation, he sent his only Son into the world, born of the Virgin Mary, to reveal his love for us in a definitive way. Whoever sees Jesus sees the Father (cf. Jn 14:9). Jesus of Nazareth, by his words, his actions, and his entire person[1] reveals the mercy of God.
2. We need constantly to contemplate the mystery of mercy. It is a wellspring of joy, serenity, and peace. Our salvation depends on it. Mercy: the word reveals the very mystery of the Most Holy Trinity. Mercy: the ultimate and supreme act by which God comes to meet us. Mercy: the fundamental law that dwells in the heart of every person who looks sincerely into the eyes of his brothers and sisters on the path of life. Mercy: the bridge that connects God and man, opening our hearts to the hope of being loved forever despite our sinfulness.   Read the full text of Misericordiae Vultus.